JSC Shipyard «Yantar»” for many years is being specialized in the construction of complex  naval ships and as a result it became one of the leaders of the domestic military shipbuilding. Since 1945 till 2015 “Yantar” has delivered about 170 naval ships and more than 100 large and 400 small commercial  vessels of various types. 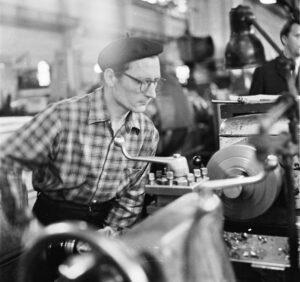 The history of the  Shipyard ” Yantar” reckons since May 1, 1826, when three enterprising citizens decided to open in Kenigsberg the “Union of Githeri” company for manufacturing of various steel structures. The plant was actively gaining momentum by building bridges, steel structures, cranes, steam engines, locomotives, ships of various classes, equipment for the brewing, dairy and distillery industry.
Production was developing quite rapidly. With the aim to expand the plant in 1907 the company acquired the territory in area Continen, with direct access to the water. In 1912 the plant was moved to the spot where now stands the Shipyard ” Yantar “.
The year of the 1929 was the last in the history of the “Union of Githeri” — the world financial crisis bankrupted the company.

In 1930 the yard had been acquires by firm “F. Schichau”, which immediately conducted a large-scale modernization of production. The main specialization of “F. Schichau” became military shipbuilding.
The shipyard did not stop their work even after the encirclement of Kenigsberg by Soviet troops in March-April 1945. At that time the primary things, produced in its workshops, were grenades and artillery shells.
During the years of the Second World War, including storming of Kenigsberg on 6-9 April 1945, the shops of “F. Schichau” were not much affected.
After defeat of Nazi Germany, a new story the yard has began. After the victory in the Great Patriotic War, the Soviet Union had started to regain their strength and strengthen defense of the country. 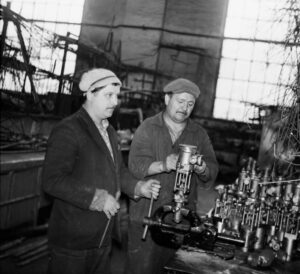 On July 8, 1945, the State Defense Committee of the USSR by its Decree No. 9467-With legalized establishment Enterprise in Kenigsberg on the base of the former “F. Schichau company the Soviet Shipbuilding. On August 2, the Enterprise had been assigned to the People’s Commissariat of the Shipbuilding Industry of the USSR with the assignment number 820 and from that moment the history of the Soviet Shipbuilding Enterprise development has started.
Since the autumn of 1945 the yard carried out partial repair of large and small hunter – vessels, trophy mine trawlers, floating dock and other equipment.
The primary postwar specialization of the Yard was construction of naval ships. Success in solving of government tasks depended on the development of the plant production facilities: construction of new production buildings, adopting advanced manufacturing processes. Specialists of any professions were coming from all regions of the country . Subsequently, it were they who laid the glorious traditions in shipbuilding that are kept and honored at the “Yantar” until now.

In 1951-1953 the yard had delivered to the Russian Navy 8 ships, and in 1953-1959 had launched 41 patrol ships project 29, 42, 50, 561.WithiIn those years, along with naval ships the plant built commercial ships (rescue – tugs with diesel-electric power plant project 843 – 14 units, river dry-cargo vessels project 898 (Dnipro) – 10 units).
In 1958 at the plant was organized an independent specialized production unit of fishing fleet on the basis of which there were repaired more than 400 vessels of various types (Middle Trawlers, large freezer trawlers, whaling ships, tuna-fishing vessels , tankers, tugs, etc.). Besides, since 1959 till 1985 Shipyard had built cable-laying vessels project 103 – 181 units totally.
In the 1960s the company started construction of anti-submarine ships project 159 and project 35. 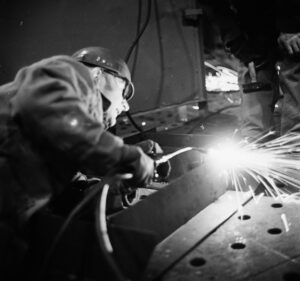 In 1966, for successful activity the plant was decorated with the Order of Labor Red Banner. In the same year, on the 31 January, the plant No. 820 was renamed into Baltic Shipbuilding plant “Yantar” (Shipyard “Yantar”).
In the 1970s the hard work for the Yard’s capacity expansion was continued. “Yantar” not only constructed and repaired and vessels but also manufactured consumer goods and built dwelling housing.
To the new stage of development the company had been brought by construction in 1972 of the shipbuilding complex “Yantar” with a covered slipway, which allowed to construct ships with launching weight up to 12,000 tons. This event had marked the beginning of large-scale construction of ships and vessels at Shipyard “Yantar”. In the 70-s there have been built more than 40 ships of military destination.

90-ies became a serious ordeal for “Yantar” . New economic conditions required restructure of the company and as a result of it Shipyard “Yantar” was restructured into a Joint Stock Company with preservation of controlling block of shares in the hands of the government. That very time Shipyard had found an optimum financing scheme for execution of export orders and the Yard’s product promotion on the foreign market. There appeared strategic partners among Western European shipyards, standing orders of which became a major part of the “production portfolio”. In 1993 the Yard had got an order from Estonian Shipping Company on a series of bulk carriers project 17380. Shipyard has survived in difficult 90-ies by having built dozens of ships of various types and purposes with a high degree of outfitting. Since 1993 for the foreign customers there were built: 4 vessel hulls for Norway, 24 hulls – for Germany, 12 hulls – Holland.
TFR “Nepristupnyi” (Impregnable) had been laid out on the “Yantar” in May 1989 and had been launched in 1991. However, in 1994, with 75% readiness of the ship, its construction was suspended by the Government decree.
In 1999 the large anti-submarine ship “Admiral Chabanenko”, the design of which was started in the 1970s, had been transferred to the Russian Navy.

Owning to customary high quality of products Shipyard “Yantar” was successfully integrated in the system of international cooperation in shipbuilding. 1993-2001 years became a period of close cooperation of “Yantar” with “Fr.Fassmer GmbH & Co.KG”, one of authoritative German shipyards, for which “Yantar” had constructed 15 outfitted hulls of service vessels of several types – from surveying boat to buoyage vessels. At that very time one more German company became a long term partner of “Yantar”- well known “Abeking&Rasmussen” shipyard had ordered within 2001-2007 9 outfitted hulls of even more complex vessels – from ocean yachts to environment protection vessel. Great attention was paid to cooperation with a number of Holland river vessels owners, who ordered to Shipyard “Yantar” totally 11 outfitted hulls of cargo carriers- tankers and dry cargo vessels. Special place in production experience in 2001-2002 had been taken by an order of Norwegian “Umoe Stercoder” company: 3 outfitted arctic shrimper trawlers project NVC-369 of 65 meter length and project NVC-371 of 70 meter length, as well as 1 pallet -carrier.
High competitiveness of Shipyard “Yantar” on the world market of ship repairing attracted Norwegian ship owners of coastal fleet. Additionally to any customary repair between vessels voyages the Yard had carried out elongation of hulls (5 units), complete modernization including replacement of Main Engine, cranes, enlargement of superstructure.

Since 2008 the Yard is a member of the largest shipbuilding company in Russia: JSC “United Shipbuilding Corporation”, that contributed to increase of orders portfolio in the field of naval shipbuilding.
Shipyard «Yantar»” is an active participant in the military-technical cooperation. One of the largest projects implemented by Russia in the frames of military-technical cooperation, was construction by Shipyard ” Yantar ” a series of Frigates project 11356 for the Indian Navy. Two Frigates had been laid out in 2007, the third one – in 2008. Special attention within this order implementation was paid to high technology designs. The primary particular of Frigates is a balanced complex of weapon, combining high efficiency and acceptable price. For the first time onboard ships manufactured by Russian shipbuilders was installed the ”BrahMos” missile complex . One of the main features of the mentioned complex is high speed. The missile exceeds speed of sound by a factor of 2,5-2,8, what makes it invulnerable. In 2012 the first two frigates –the “Teg” and the “Tarkash” – have been transferred to the Customer, and in the next year at the solemn ceremony the third Frigate, named the “Trikand”, had been handed over to the Indian Navy.
This experience turned to be so successful that in 2010 Shipyard had started construction of patrol ships (Frigates) for the Ministry of Defense of RF under the project number 11356R. As on today five Frigates of this series are laid out, exactly: the “Admiral Grigorovich”, the “Admiral Essen”, the “Admiral Makarov”, the “Admiral Butakov”, the “Admiral Istomin”. In 2014 the “Admiral Grigorovich” and the “Admiral Essen” had been successfully launched.
JSC “Shipyard “Yantar” always strives to development and improvement of its capabilities. Today JSC Shipyard “Yantar” is a competitive shipyard, rendering services for construction of civil vessels and naval ships of various classes, including special purpose ships. Besides Shipyard performs ship repairing works.

In 1999, the Navy transferred to a large anti-submarine ship “Admiral Chabanenko” the Russian Navy, the design of which was begun in the 1970s.

In 2008, the plant is the largest shipbuilding company in Russia JSC “United Shipbuilding Corporation”, which contributed to an increase in the order book in the field of naval shipbuilding.