Construction of naval ships, which became the postwar specialization of  Shipyard  “Yantar”  has a long and strong traditions. Defense products are well known to several generations of sailors of the fleets of the former USSR and modern Russia, as well as a number of foreign countries due to  its reliable quality characteristics.

Military products is represented by surface combat equipment of the following types of ships:

During the period from 1949 to 2015 for the Russian Navy and other countries it was built 157 ships.

Currently under construction are: 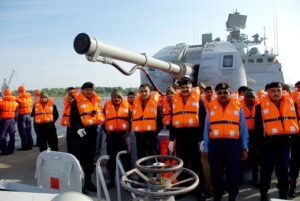 Shipyard «Yantar» is an active participant in the military-technical cooperation. One of the largest projects implemented by Russia in the frames of  military-technical cooperation, was  construction at Shipyard ” Yantar ” of series of frigates  project 11356 for the Indian Navy. The Yard concentrated its main force for frigates construction, which lasted six years. In 2012 the Yard have transferred to the Customer the first two frigate –the  “Teg” and  the “Tarkash”, in June 2013 – the “Trikand”. Representatives of the command of the Indian Navy expressed their gratitude to Shipyard, noting the high quality of construction.

Currently  ships of the second series of Frigates intensively and successfully fulfill combat tasks  of   the Indian Navy. 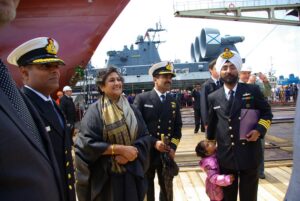 Further proof of the successful work of the Yard  in the direction of the MTC was a victory in the nomination “the Best Russian Exporter of the Industry 2013” in the competition arranged by the Ministry of Industry and Trade of the Russian Federation.

Further development in the sphere of military-technical cooperation the management of  JSC “Shipyard ” Yantar ” sees in  expansion of spheres of services, including deliveries of weapons and military equipment onto the external market, as well as after-sales maintenance and service. 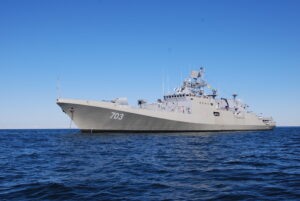 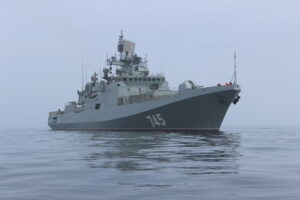 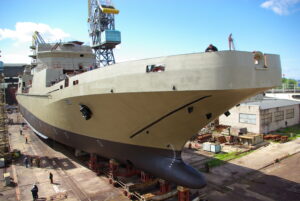 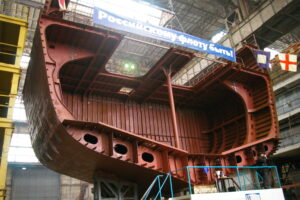